“I’m so glad ProLon has made it to the UK – I’ve followed Valter Longo’s work for some time and have done the occasional 4 day fast myself but this is so well designed it takes all the fiddling to get all your nutrients out of it.”

“Just done my first 5 days – worked really well, feel 20 years younger and so much more positive and energetic. Surprised to say, I’m looking forward to my next 5 days”

“Sunday was a transition day, during which I ate lightly, and after that I was allowed to go back to my usual diet. But it is a strange thing – I haven’t; not really. A week later, I have to say I am very impressed.”

“As an long time advocate of fasting, Prolon certainly made fasting simpler since everything is included. This would make it easier for those new to fasting to follow. Will definitely use again. Well done Prolon!”

“This programme really changed how I think about portion sizes. I hope many others can use ProLon and benefit from better health.”

“I loved it and felt fab when it was the transition day. The following day I did my usual exercise and couldn’t believe my energy levels. I ordered 2 more boxes as soon as it was possible. Thank you Prolon.”

“I plan to do this once a month for 2-3 more months as it has done tremendously with kick-starting my eating regime of Paleo-type diet as wasn’t beneficial until I did this ‘fast’ – highly recommend!!!”

“Felt fantastic from day 2 onward and my energy levels and sense of wellbeing have lasted long after I finished. Happy I tried and will do again in a couple months.”

“I rarely felt hungry and 5 days provided very good results. I  missed coffee while on the diet but have cut down drastically afterwards and miss it less!”

“The programme was easier than expected but produced great results. It’s very nicely packaged, organised and simple to follow.”

“The best thing is the mental clarity you get at the end. Also, I feel less hungry and it’s easier to eat smaller portions and still feel satisfied.”

“Yes we feel great having just completed our first round. I must say that the concept and design was wonderful – better than going to a health spa – truly!”

“I just want to say how amazed I am at the results. I feel so much better for completing the 6 days. I’m so pleased I did it.” 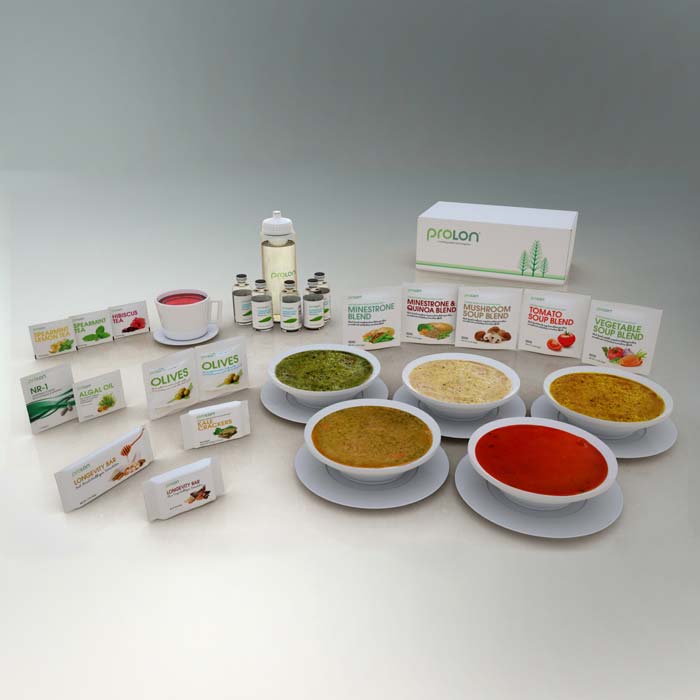 Based on over 25 million dollars’ worth of research and decades of clinical studies by Professor Valter Longo, ProLon allows your body to achieve the health benefits comparable to water-only fasting. The cellular changes that occur during the fast allow you to have the freedom to go back to your usual lifestyle for the remaining 25 days of the month. Complete the programme 3-12 times per year to maintain the long lasting benefits of fasting.

ProLon® is fasting with food. Meals come in 5 small boxes, one for each day, that include plant-based energy bars, soups, a variety of snacks, drinks, and supplements. All ingredients have been studied and carefully designed to nourish your body and promote positive changes. 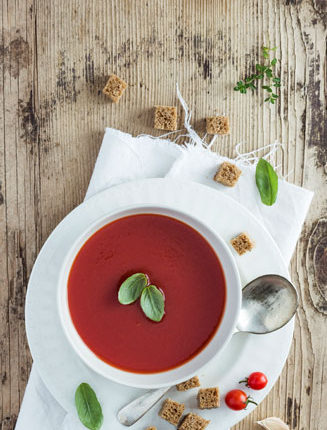 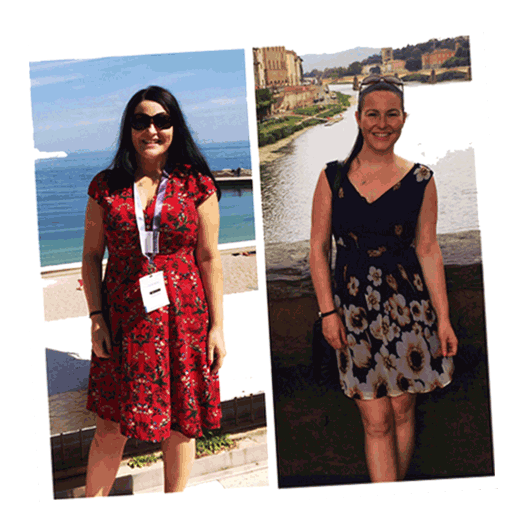 “When I got on the scales at the end of it and had lost 7lbs/ 3.2kgs as well as my visceral fat dropping from 121.8cm2 to 107.1cm2, it was all worth it. I felt energized on the last day and my stomach felt flatter and less bloated.”

“My bloods also showed that every single marker had improved. Significantly, in just five days, somatomedin-C (IGF1)  had dropped from 18.1 nmol to 17.0 nmol. Would I do it again? Yes. If you’d asked me on day three, I would have said ‘never again’ , however, I would more than happily do this once every three months to get the health benefits.”

ProLon® is taking the world by storm 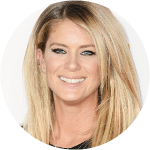 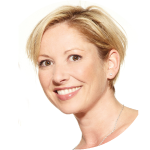 Jane Atkinson
Features Editor of The Sun & The Sun on Sunday

“I have tried pretty much every diet going and this is undoubtedly my favourite – because it works! Prolon is a ‘fast-mimicking diet’ that lasts just five days to activate the body’s ‘dormant ability to protect, repair and rejuvenate itself’. So it helps you lose weight but scientists say it can cut heart disease and cancer risks if done regularly too. You get five boxes of food – crunchy kale biscuits that I loved, filling soups, sweet nut bars and yummy, although small, chocolate bars. it averages out at about 800 calories a day. Not fun or easy but for five days it ISN’T difficult. I shifted weight that I’ve been trying to unpack for over A YEAR. Blood tests afterwards showed my visceral fat, ‘the dangerous stuff that wraps around your internal organs’  had dropped too. A month later I’ve put on ONE solitary pound. Best diet I’ve ever done and will do this every couple of months to keep on track!” 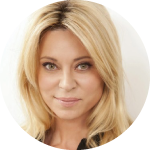 “I had such a great experience with ProLon and felt so much better, cleaner, clearer, lighter!” 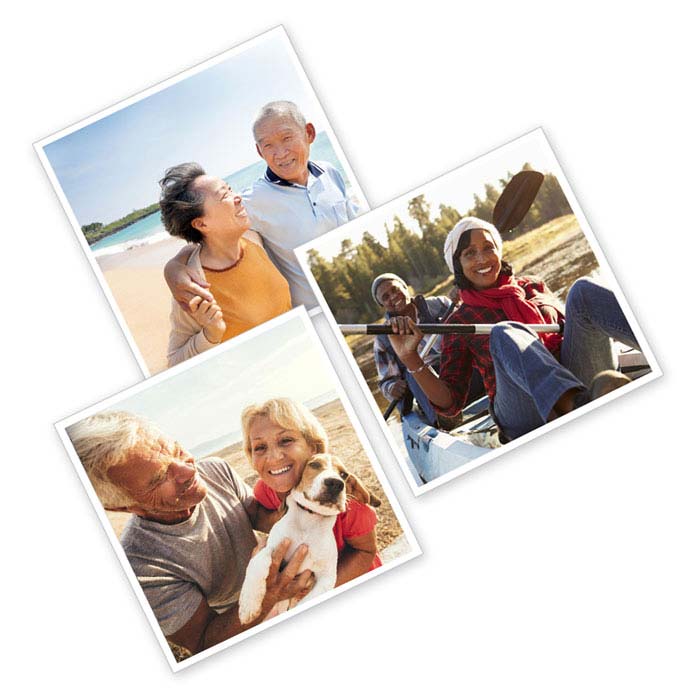 Is ProLon® For Me?

ProLon® is intended for use by individuals who want to optimise their health and wellbeing. 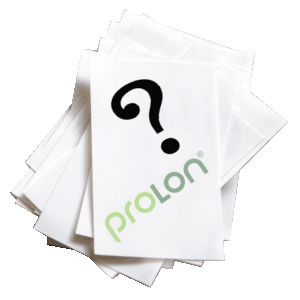 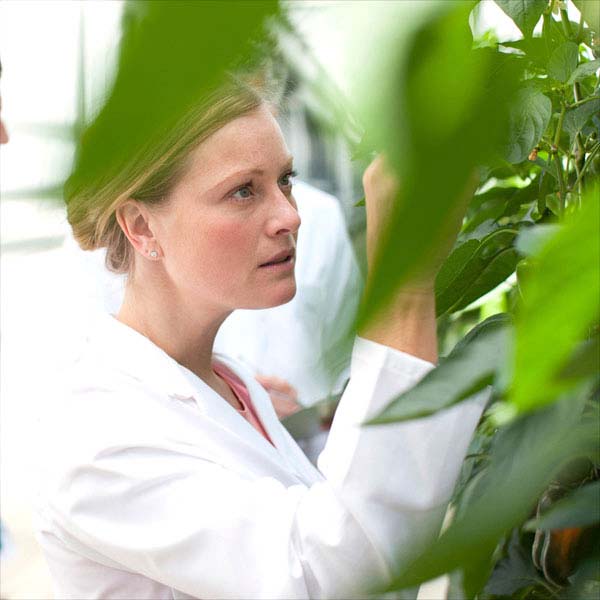 Learn more about ProLon®, FMD’s™, and fasting science and research.