What is a Fasting Mimicking Diet?

The Fasting Mimicking Diet, or FMD, is the first meal programme made of healthy natural ingredients that you consume for five days, during which your body does not recognise that it is eating, and therefore remains in a fasting mode. In simple terms, it is fasting with food!

This nutritional breakthrough was scientifically developed and clinically tested at the Longevity Institute at the University of Southern California. Led by Dr. Valter Longo, the USC Longevity Institute unites multidisciplinary ageing research approaches. 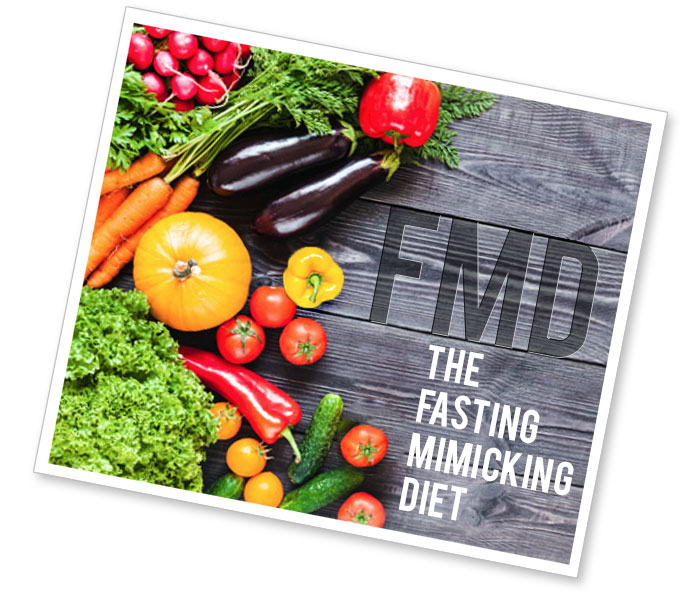 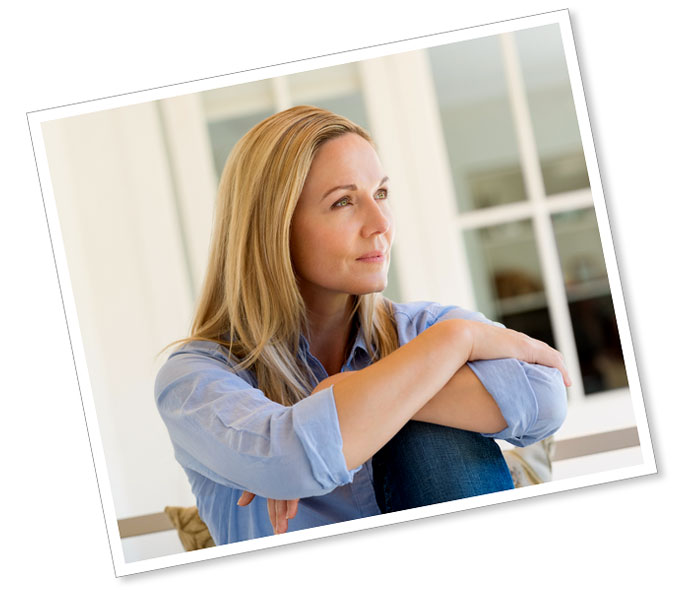 How The 5-Day Programme Works

The ProLon® meal plan is followed for 5 days per month. This means that you can go back to your normal lifestyle/diet for the remainder of the month. The ProLon® FMD provides natural, healthy, and scientifically tested ingredients that will nourish your body throughout the fasting diet, while the body does not realise you are taking in food.

This fasting with food meal plan is low in carbohydrates and proteins and contains good fatty acids. The FMD patented recipe allows your body to remain under a fasting-like mode which triggers a set of protectionist measures that the body has developed during natural selection, when food was scarce and not easy to find and store. It allows your body to optimise its performance and thrive under such circumstances. 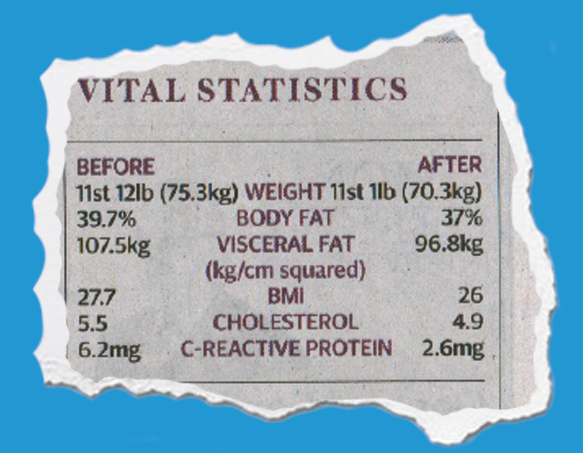 “Having tried a prototype of the diet two years ago, I knew what to expect: tiny portions, headaches and a gnawing feeling in my stomach that could have been hunger but would also probably be despair. Back then, I approached the diet merely as a way to shed some pounds fast and I did: half a stone melted off. But time, and biscuits, had seen the weight creep back on and I was horrified to see the scales had snuck back up and beyond my previous weight. My body fat was almost 40 percent and my BMI was 27.7. So what was the final result? I can reveal it was gratifying; my cholesterol was back in the normal range; my inflammatory marker had been reduced by two-thirds. And the weight loss was stunning; 11lb off, including 7.5lb of pure belly fat. My BMI was down to 26, and my body fat was now 37 per cent.

The way this type of fasting improves our health is multi-fold. Almost every chronic disease is age-related. From Alzheimer’s to Parkinson’s, cancer, type 2 diabetes and CVD. When our calorie intake is restricted it stimulates and speeds up autophagy – the orderly breakdown of old cells in the body which might otherwise begin to degenerate and cause disease. By helping us to slough off these old toxic cells, [prolonged fasting] promotes the growth of new healthy stem cells instead. We think fasting can cure a damaged cell and make a normal cell healthier.”

The Ability to Make Healthier Choices

Fasting is generally defined as the abstinence from or limitation of food, drink or both. From a physiological and metabolic perspective, each type of fasting leads to different health effects, depending on the type and duration of the fast. There are three main categories of fasting: time restricted feeding; intermittent fasting; and short term and prolonged or periodic fasting.

Time Restricted Feeding is when a person ingests food only at certain times during the day, and refrains from eating for the rest of the time. A 12 hours per day no-food intake period would fall into this category.

This diet is mostly positioned for weight loss and to not overwhelm the body with continuous food intake.

Intermittent fasting, alternate day fasting, and intermittent energy restriction are other popular types of fasting behaviours. The most common, intermittent fasting, is called the 5:2 diet which involves fasting on less than 500 calories for women or less than 600 calories for men for two non-consecutive days a week. For example, fasting on a Monday and Thursday each week. This method is mainly used for weight loss induced metabolic effects due to the two days of calorie restriction per week.

Note: Intermittent fasting could induce circadian rhythm and mood fluctuations, and did not prove to improve some blood metrics such as IGF-1.

Short term and prolonged, or periodic fasting, defines periods of consecutive days of fasting. ST is less than 3 days and PF is 3 or more than days. Periodic fasting is the only fasting regimen that “stresses” the body enough to stimulate a protectionist and rejuvenation mode that the body employs to survive and thrive.

ProLon® is the first and only Periodic Fasting Mimicking Diet and is scientifically developed, and clinically proven, to induce the protectionist and rejuvenation mode. No other meal programme is capable of inducing these benefits.

Inventor of the Fasting Mimicking Diet

Dr. Longo is the Director of the Longevity Institute at the University of Southern California and the inventor of the Fasting Mimicking Diet (FMD) nutritechnology. He is considered by many to be the global leader in nutrition and ageing. Professor Longo discovered 20 years ago that two out of the three pathways caused cellular ageing. His research team then embarked on a journey to uncover an impactful intervention that slows or reverses biological ageing in order to delay the onset of age-related chronic diseases. Alzheimer’s disease, Diabetes type 2, most cancers, and most cardiovascular diseases appear at a later age in life. Ageing is the catalyst of these diseases, and therefore optimising the way we age increases what is known as health span, the healthy part of human life prior to disease onset.

Professor Longo then proved that periodic fasting, done for several consecutive days, is a very powerful intervention that our body learned to naturally cope with by protecting and rejuvenating itself – both anti-ageing measures. Because it is difficult and risky nowadays to fast on water only, Professor Longo, under the sponsorship of the National Institute of Health, National Cancer Institute, and National Institute on Ageing, has developed a natural plant-based meal programme named the Fasting Mimicking Diet (FMD) which imitates fasting while feeding the body. Professor Longo’s work has been published in top scientific journals like Cell, Nature, Science, Journal of Translational Medicine, and covered by top global media like CNN, FOX, the BBC, New York Times, Washington Post, among others. 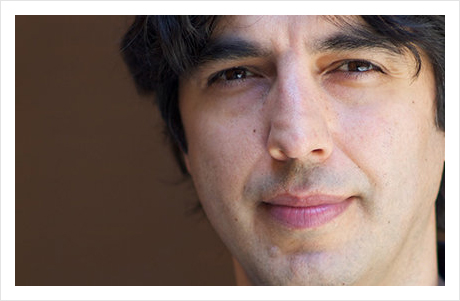 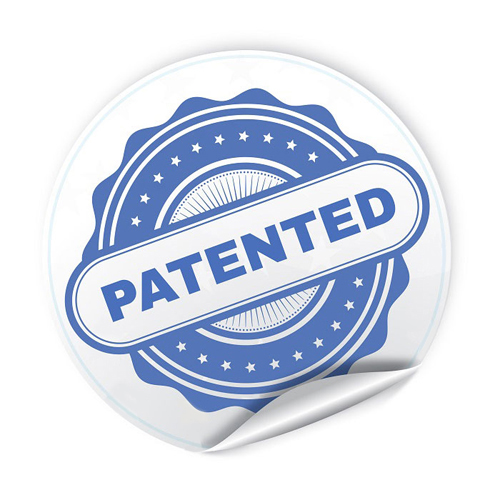 Methods and diets for lowering glucose and/or IGF-1 levels

ABSTRACT
A method of improving longevity and/or alleviating a symptom of ageing or preventing age related diseases is provided. The method includes a step in which the subject’s average and type of daily protein intake, IGF-I, and IGFBP1 levels, and risk factors for overall mortality, cancer and diabetes are determined. With respect to protein consumption, the relative amounts of protein calories from animal and plant sources are determined.